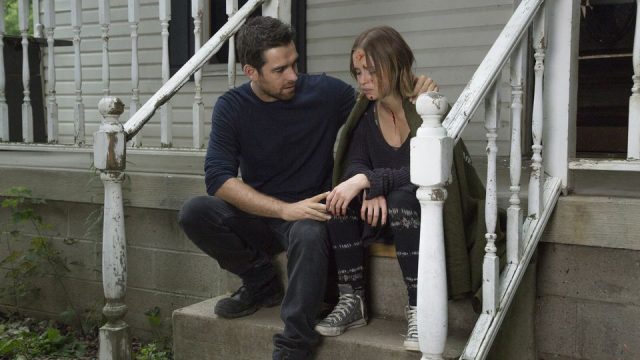 Opening with a satanic self-immolation and a rape scene, “Only One Way A Dogfight Ends” certainly doesn’t get off to a promising start, immediately highlighting two of the season’s most problematic characters and stories. There really couldn’t be a more disheartening way for the episode to begin than with ten minutes of female victimization – but as a whole, “Only One Way” is probably the strongest episode of the season since “Job”, the rare example of Banshee being able to elevate itself above the serial killer/angsty Nazi narratives and find some of that ol’ Banshee magic – and as I posited on the Under the Hood podcast a few weeks back, it all begins with the return of Deva. Though I’ve often lamented Deva’s stories, the importance of her presence on Banshee could never be understated. Her surprising return halfway through this episode immediately accelerates the emotional stakes for Carrie, Job and Hood: Carrie’s war with Proctor is putting innocent lives in danger, with impli
Post a Comment
Read more 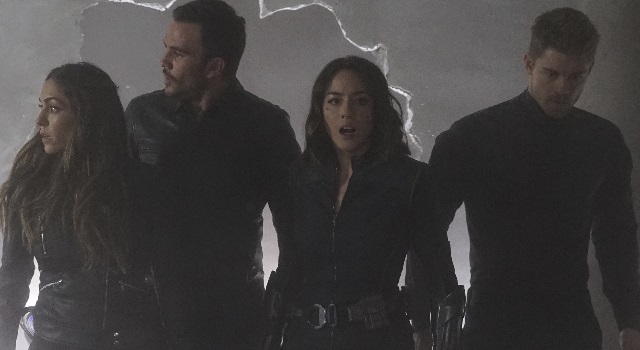 After the events of last week’s episode, Daisy assembles the Secret Warriors in this week’s Agents of S.H.I.E.L.D. which ends up being one of the show’s biggest hours that matches up with what the show did in “Turn, Turn, Turn” all the way back in Season 1 through Captain America: The Winter Soldier. While I have mixed feelings with the assembling of the Secret Warriors, I will start out by saying that my love for Yo-Yo grew so much in this episode that I hope, no matter what happens towards the end of this season that she comes back in a bigger capacity next season. Before we learned that someone had been swayed by Hive, the presence of the Secret Warriors almost made the show feel like a completely different one. Seeing Mack and Yo-Yo continuing to develop their relationship was also really neat and that is why it was so sad that the episode that brought the warriors together was also the same episode where they fell apart. It became obvious very early on that Daisy was the one
Post a Comment
Read more 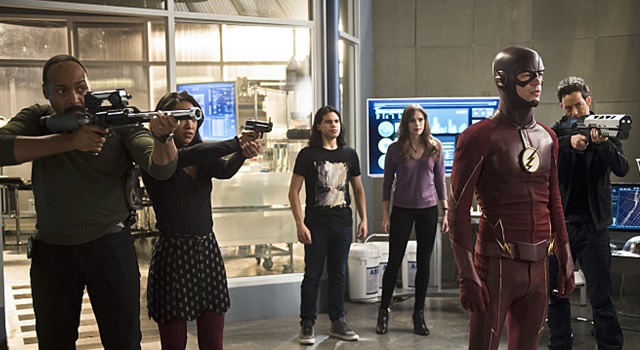 After a two-week long hiatus, The Flash finally returned this week to kick off its remaining episodes for the second season as “Versus Zoom” explored Hunter Zolomon’s origin story and how he became the monster that he is today: Zoom. As someone who has dived into the Flash mythology since the show started, I wasn’t sure what we were getting in terms of Hunter’s origin story as it was very clear that this would be a new take on that particular character. The idea we get is that, essentially, he had a dark version of Barry’s childhood where the father actually did kill the mother which got Hunter put at an orphanage as he didn’t have a Joe West that could take him in. While it is still so weird to see Teddy Sears having gone from good to bad, he is deliciously evil to watch as he is also breaking hearts everywhere. I’m still having problems understanding completely how this whole time remnant concept works and how Hunter was able to do what he did, but I’m sure by the end of the seas
Post a Comment
Read more 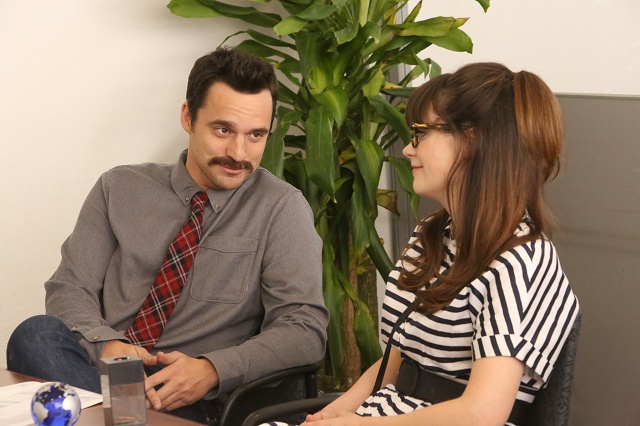 While people can debate who their favorite New Girl character is or which member of the cast makes them laugh the most, there’s one thing that pretty much all fans can agree on: the relationship between Jess and Nick is the heart of the show. Their relationship doesn’t necessarily need to be romantic; during New Girl‘s first season, nothing super flirty happened between the two roommates, and their scenes together were still the best moments of what had become a fantastic freshman sitcom. This became even more apparent in New Girl Season 2, before and after Jess and Nick’s kiss, as their heartfelt conversations and selfless actions continued to be terrific. However, after Jess and Nick’s break-up in Season 3, New Girl has also relied on some of its other pairings to be the heart and soul of the series, from Nick and Schmidt to Cece and Schmidt to even Winston and Ferguson (but more on them later). In fact, if there was one thing missing from this fifth season, which has been consis
Post a Comment
Read more 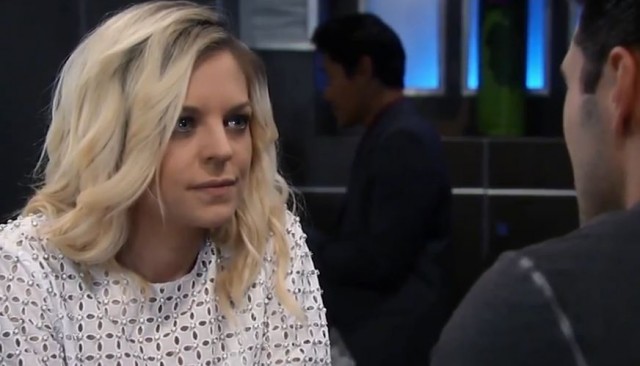 On General Hospital’s all new episode on Wednesday, it appears that Sam is upset. What happened to make her feel this way and to make her seem that she cannot relax is a nightmare. It might have just been in her subconscious imagination, but whatever she had a dream about was bad enough to have her shaken straight to the core, upset and unhappy. She’s not handling it well, and we think we might see that her dream was something pretty bad. Will she act on it, or will she let it go and hope to move on from her nightmare with as little issue as possible? We are not positive, but Sam is not having a good day on Wednesday. Additionally, we are going to see that Laura finally puts the pieces of Helena’s will inheritance together. She’s been searching for answers to what it is she inherited since the reading of the will Helena left behind weeks ago. Helena is a master manipulator, and she left behind something she knew would upset Laura and she worked very hard to ensure that Laura will n
Post a Comment
Read more

Days of Our Lives Spoilers: Hope’s Troubles Are Mounting 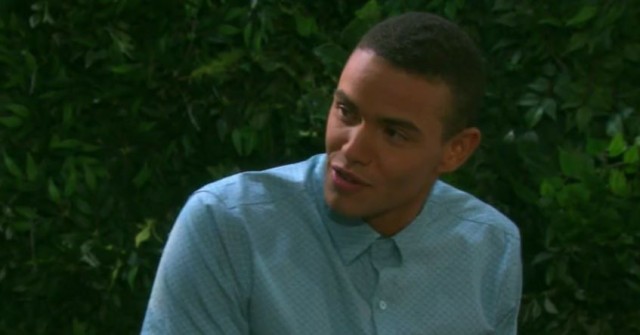 It is not Hope’s week on Days of Our Lives. In fact, she’s had better weeks when she’s been accused of murder and killing those in her life. Now she’s getting creepy phone calls threatening her life from people she doesn’t want to bother with, and she’s out to seek vengeance on what happened to Bo. When Hope’s phone rings these days, it’s not good news. That is one thing you can count on with her and her life at this moment in time. Hope is not in a good place as far as this is concerned, and it’s something that we have to take into account. She’s going to receive another scary call that puts more actions in motion, and we aren’t sure she can come back from what’s about to happen. It seems as if she believes Deimos is the one responsible for Bo’s kidnapping, and it seems that she is willing to kill him to get revenge. We believe that it might be Wednesday when she shows up and holds Deimos at gunpoint, following his offer for Kate; the one he is certain she cannot refuse if he is
Post a Comment
Read more 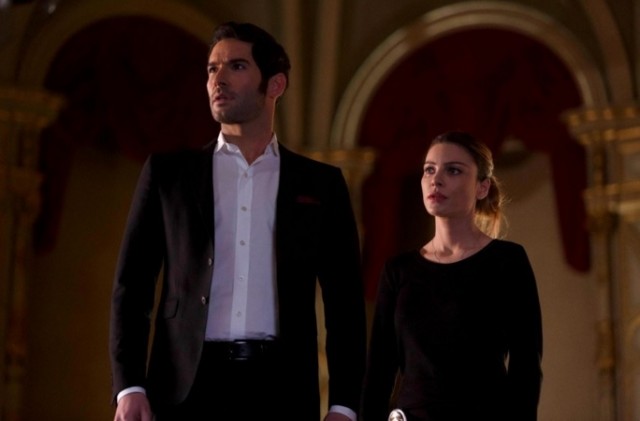 Trixie has been kidnapped by Malcolm and Lucifer is being framed for the murder of the preacher? This is going to be one hell, excuse the pun, of a first season finale for Lucifer! What’s this? Lucifer wants to go back to Hell? Say it ain’t so! I’m all for the Devil trying to be his own man and whatnot, but to see him give up that freedom to go back to his days of punishing tortured souls for all eternity is shocking to say the least. Lucifer has been fighting on day one that he doesn’t want to go back to Hell and now suddenly he has a change of heart? Wonder what brought this on? Does Detective Decker have a hand in this decision? It’s also nice to see Lucifer team up with Amenadiel again to wreak vengeance on Malcolm for the setup in an attempt to clear his name. I look forward to watching the epic fight scene that will take place. Not that I condone violence in any shape or form, it’s just that I want those who have done wrong to be punished for what they have done. Perhaps th
Post a Comment
Read more 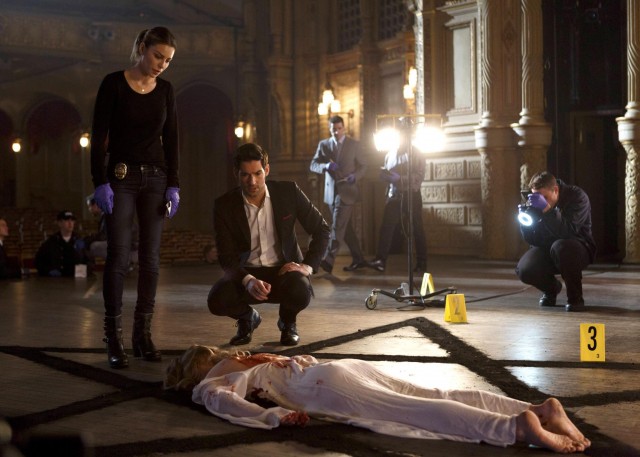 Our favourite Devil gets a dose of insecurity it seems, in this week’s episode of Lucifer . Detective Decker and him are solving the murder of a young woman who’s part of a Satanist cult. Not to channel my inner Chandler Bing, but could this be any more ironic? That and the part where Lucifer showed his Devil eyes to the Satanist member who opened the door, causing the latter to run away in fear was ironic too. Oh, and Lucifer over there is avoiding Detective Decker like the plague now that he knows that she makes him lose his immortality. I completely understood Lucifer’s annoyance that people, including the Satanists, tend to blame their violent, murderous acts on him because of who he is. My heart went out to him towards the end of the episode where Lucifer opened up to Detective Decker, how he wanted to be his own man and to be judged for his own doings. As much as I want Lucifer to be free from all the blaming and torturing of souls, it’s not going to be easy considering it wa
Post a Comment
Read more 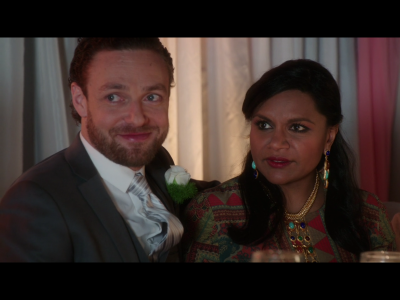 Mindy reenters the dating world with one all-too-eager beau on this week’s new Mindy Project. Ross Marquand (The Walking Dead) guest stars as her new boyfriend who takes their relationship on the fast track before she has to put a stop to it all. The warning signs of her new relationship didn’t start flashing in Mindy’s and her coworker’s eyes until the third date. Inviting someone so new in your life to be your wedding date is one thing, but if that wedding is your brother’s and you’re introducing your significant other to your entire family, well that’s even worse. Bryant seemed like a nice enough guy to Mindy when he let her eat all the chicken wings at a sports bar on their first date but making sure a photo of them from the cocktail hour was included in his brother’s wedding slideshow was too much. Mindy relays all this and more to her coworkers and there’s a few notable reactions. Tamra could not care less what was going on with Mindy and Bryant until the wedding date hap
Post a Comment
Read more
More posts