True innovation means considering what happens to a product at every stage of its life cycle. Liam disassembles your iPhone when it�s no longer functioning, so the materials inside can live on.
Post a Comment
Read more 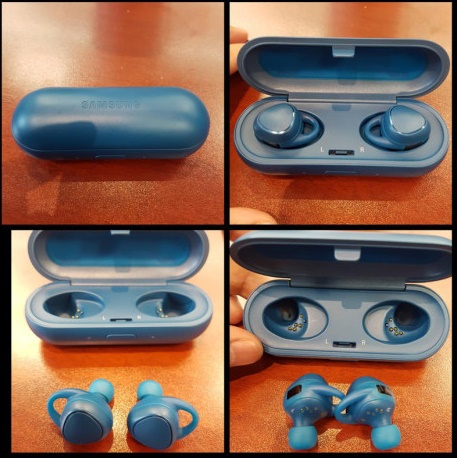 Samsung is preparing two new products in its line of Gear accessories, according to a person testing the items: a sequel to its Gear Fit fitness tracking band, and a pair of cordless, Bluetooth earbuds. While a few features of the so-called Gear Fit 2 (above right) and Gear IconX (below) were revealed to VentureBeat, full specifications were not shared. The Fit 2 (pictured below) is the premier followup to 2014’s Gear Fit, Samsung’s first dedicated fitness wristband, with a 1.84-inch curved Super AMOLED display. Said to be slightly more curved and ergonomic, the major addition to this 2016 version is a dedicated GPS chipset, which will improve the accuracy of its various distance-tracking features. More exciting is the Gear IconX, whose branding was trademarked by Samsung earlier this year, but whose nature remained a mystery until now. Like German manufacturer Bragi’s Dash — along with a host of others launched in the past six months — these touch-controlled earbuds ar
Post a Comment
Read more